The story of British armies in this state during the Revolution starts and ends along the Cape Fear River and its tributaries. After the royal governor fled his palace in New Bern, he arranged for British forces elsewhere to arrive by ship at the mouth of the Cape Fear, only to be driven off by prolonged rebel resistance and a major Patriot victory at Widow Moore’s Creek. Then after years of relative calm, the English military occupied Wilmington, from which it raided farms for supplies and repressed Patriot activity. The city was also forced to host the largest British army in the South as it recovered from a damaging “victory.” After that army marched away against further militia resistance, only to surrender in Virginia, the last of the Redcoats in North Carolina sailed away down the Cape Fear.

This tour covers many skirmishes and the one major battle in the region, plus home- and gravesites of Revolutionary heroes. 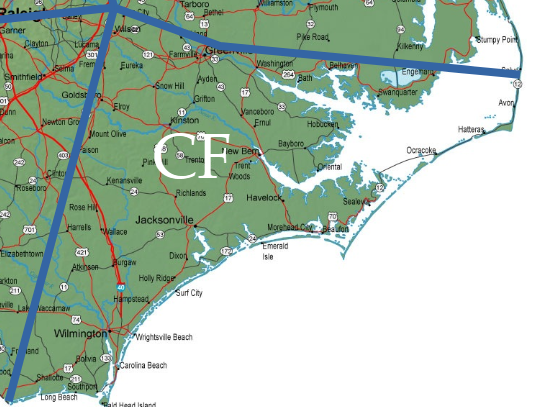