The American Revolution was also a civil war between supporters of the King (“Loyalists” or “Tories”) and backers of independence (“Patriots” or “Whigs”). Only a fraction of American colonists supported independence. Founding Father John Adams estimated that throughout the colonies, roughly a third were Whigs, a third were Tories, and another third tried to stay out of it. In North Carolina, for example, the Moravians around Salem and Quakers throughout the Piedmont officially stayed neutral.

Each side organized part-time militia units that fought independently and also alongside the regular British and Continental armies. Both sides won bold and dramatic victories throughout the war, but were especially engaged during the “Tory War” unleashed after the regular armies left the state in 1781. Personal vendettas led individuals on both sides to commit savage atrocities against their fellow North Carolinians, including women and children—some of whom fought back!

On this tour you will visit many of the key battlefields of the Tory War, even seeing bullet holes at one. You’ll also learn about some of the most fascinating people of the war; watch a female spy in action; visit army campsites; and stand on the land of a global celebrity. 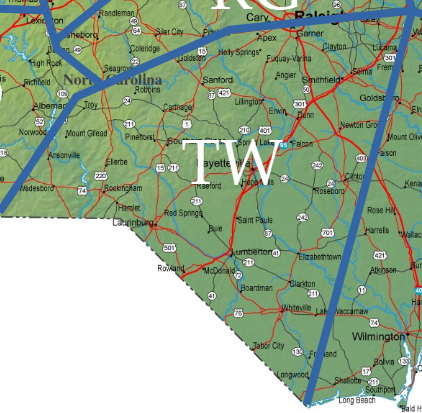